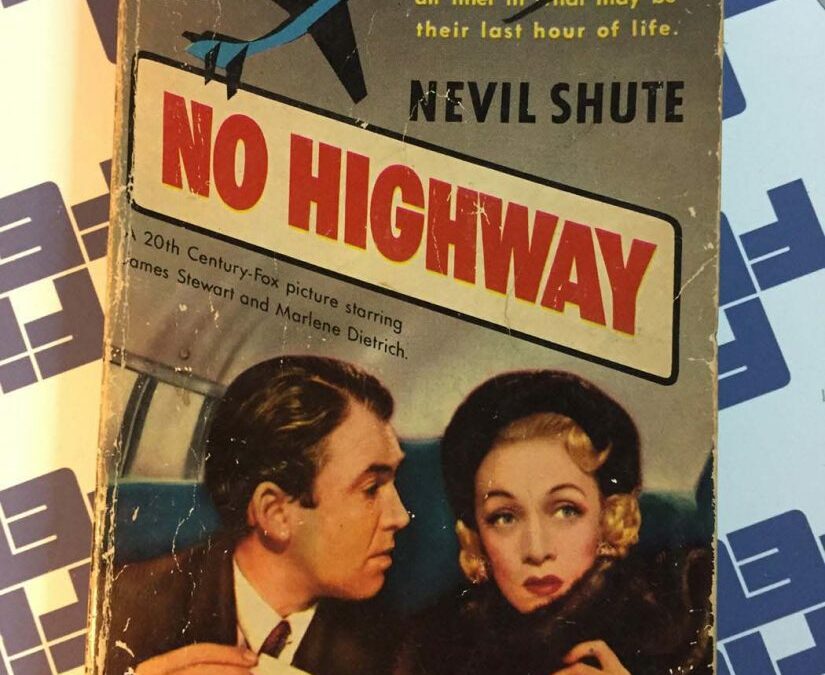 “Therefore, go forth, companion: when you find
No Highway more, no track, all being blind,
The way to go shall glimmer in the mind.

Though you have conquered earth and charted sea,

And planned the courses of all stars that be,

Adventure on, more wonders are in thee.

Adventure on, for from the littlest clue has come

whatever worth man ever knew.

The next to lighten all men may be you.”

The Wandered by John Masefield

On the surface, it seems that this book is about material fatigue in airplane, an issue that was not well understood in the early days of commercial flights. As a contemporary reader who knows that material fatigue has claimed the lives of many, it’s interesting to read about the scientist (Honey) warning against this possibility, and about the few people who believed him and the enormous opposition, filled with powerful, rich men who dismissed him. And when Honey ends up on a plane that is about to experience said material fatigue at any moment, things get really tense.

But what stayed with me was that which is underneath the surface. Scott, Honey’s boss, says a few times that he wished Honey had a more commanding presence and stature so that people wouldn’t dismiss him so quickly. Honey is often referred to as a “little man” by Nevil Shute, whose ambition as an author is to highlight the importance of the little men and women of the world.

Honey is indeed a very shy “nerd,” but he’s also an incredible scientist, which cannot be referred to as small in my book. The book shined a light on how often people judge others by their appearance and not their character. Luckily, there are those few individuals who are more perceptive than others. I won’t reveal anymore, except to recommend this book. I enjoyed it.