'Till We Have Faces by C.S. Lewis – Book Review 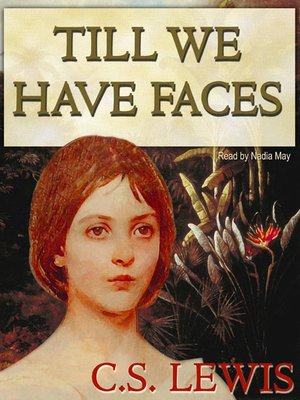 In an attempt to simplify C.S. Lewis’s message, here is my concise summary of the book. This book is not about the jealously of the ugly sister of the pretty one. Orual loved Psyche in a rather possessive, unhealthy manner. This book is about Psyche’s inner beauty, her piety, which leads her to devote herself to the gods. Orual is outrageous at her devotion because she cannot see her husband, Cupid the god of love. She convinces Psyche to betray Cupid’s trust, an act that leads to the famous trials of Psyche.

But the book doesn’t delve much into those, as is the custom of the traditional myth. Lewis focuses on Orual. Left alone without Psyche, Orual focuses on becoming queen. She is a wise, caring, and compassionate queen who improves the lot of the people until her old age. Then, in book two, she has a vision that retells Psyche’s life and trials. Orual understands she herself was one of Psyche’s biggest hurdles because she begged Psyche to think only of herself and not of the gods. In the same manner, the people wanted Psyche to themselves, and so did the old, Greek “fox,” their childhood teacher. He told Psyche the gods are a folly and that “The god within you is the one you should obey: reason, self-discipline, and calmness, (which are the essence of a Greek soul). He, too, was trying to distract her from her devotion to the gods.
Lewis emphasizes these three kinds of love were dangerous to Psyche because they tried to keep her from uniting with the divine nature. Then the mysterious narrator says Orual *is* Psyche. By this I think Lewis means that Orual’s beautiful character as an adult and old woman makes her as beautiful as Psyche. Orual is baffled and continues to wonder what is the answer and the meaning of all this. The narrator says “God is the answer” and that’s how the book ends.
As for the title, Orual understand the gods can’t love us “’till we have faces,” by which she means until we form our own character. Psyche’s pious character is why the gods loved her from the start. Orual virtuous character at the end was the reason why she has finally turned from ugly to beautiful.